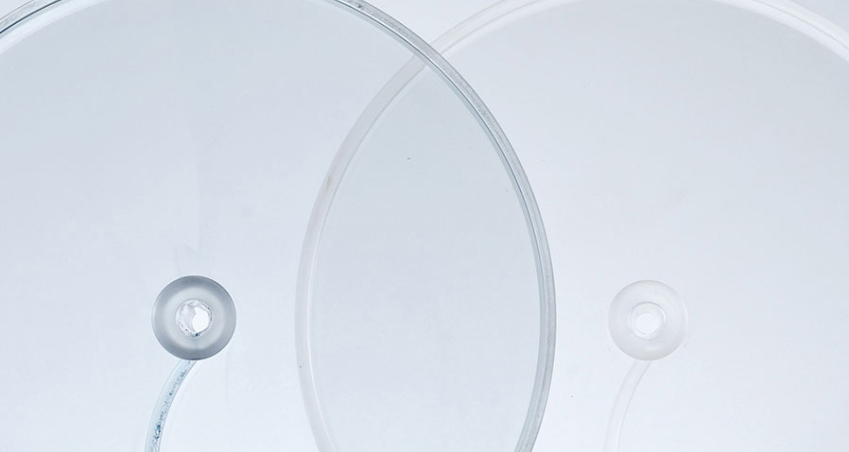 This instrument represents a system for calibrating and qualifying the hardness range of Pharma Test and other brand tablet hardness testers. The PT-MT3 instrument has an electronically controlled magnetically held "finger" made of stainless steel and a load cell attached to it. 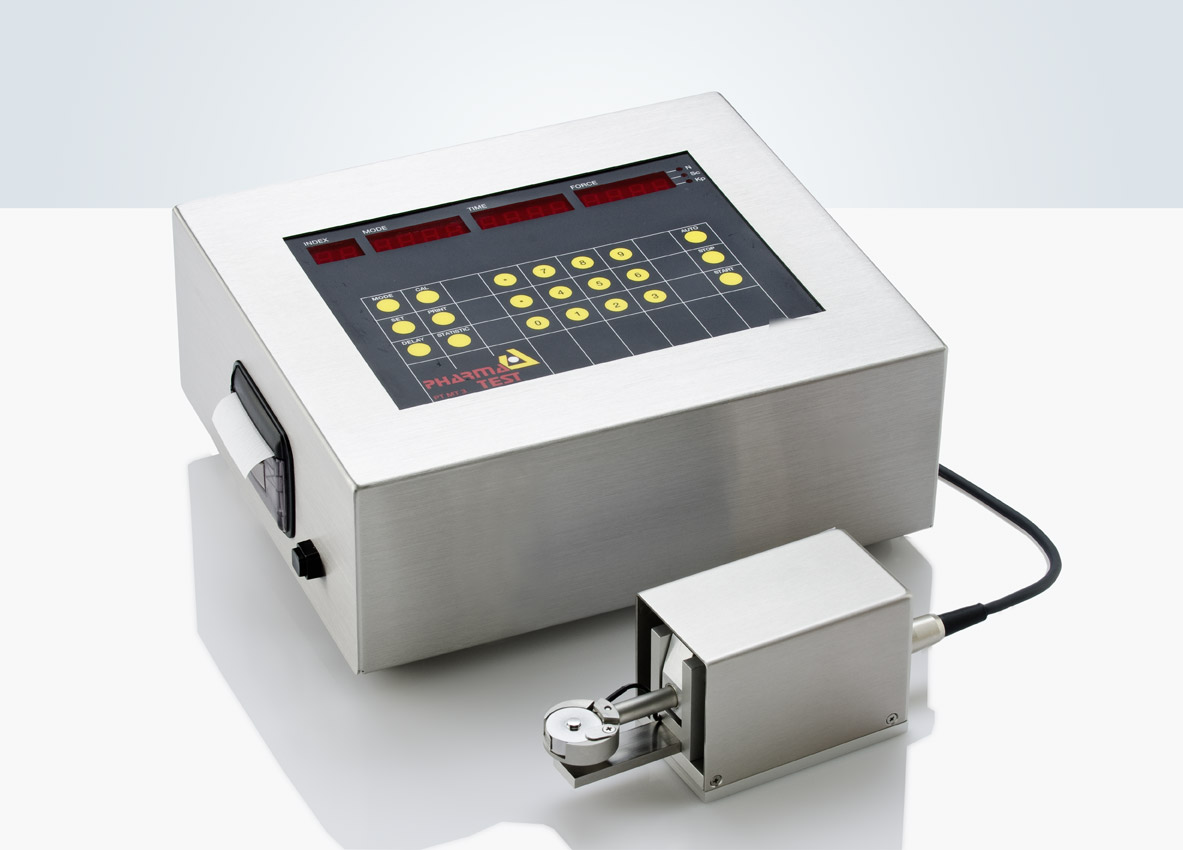 
What is a PT-MT3 and why to use it?
The finger is held in position by an electromagnet which is always powered with maximum current. The finger is equipped with a electronical load cell which can be calibrated to allow a maximum force of 500N. The strike arm or jaw of the hardness tester makes contact with the load cell at the finger and tries to "break" the finger away from the electromagnet holding it in place. Depending on the force setting, the force required to make this break can be set stepplessly to maximum 500 N. The load cell has to be calibrated against traceable standards to produce a useful series of equivalent tablet break points.

The PT-MT3 can be supplied fully certified. The system acts as a type of tablet simulator, which once broken can, unlike real tablets, be reset for the next test. At the end of a test it's possible to compare the force reading at the tested Hardness Tester and the actual setting at the PT-MT3, they should match if the Hardness Tester works well. Also the testing time can be measured, means the time when the strike arm or jaw of the hardness tester hits the load cell at the finger until breakpoint has been detected. This will allow to qualify instrument which run on a constant Speed and Force Mode. In this case the time needed to break the magnetic finger should always be the same within minor tolerances.

How is it different to other calibration media?
In many other types of hardness tester calibration systems, the load cell is qualified by the use of another load cell. This load cell should be calibrated against a traceable standard. However, in operation these cells can be awkward to use and the result is simply a confirmation that the hardness tester load cell and the external load cell read the same force. The PT-MT3 offers an independent means of qualifying the load cell using a system which may be easily fitted into any of the hardness tester jaw areas of the PTB 302, PTB311E, PTB420, PTB-M, WHT3ME, including the Ampoule Hardness Tester, the PTBA 211E and other manufacturers instruments. It's used to qualify the correctness of the break-point detection, linearity of the load cell readings of the hardness tester, and to qualify the correctness of the set force increase rate. You can already easily calibrate the load cell of the Hardness Tester and the PT-MT3 using static means, i.e., by the use of a certified calibrated weight.

In the case of Pharma Test units this can be achieved by the use of a PTB-CAL15. This is a 15kg calibrated weight which can also be used with individual weights of 5, 10 and 15 kg for instrument qualification. However, this is just a static calibration and does not represent a true picture of what is really a "dynamic" tablet testing system. The PT-MT3 offers a dynamic validation option for hardness testers. So the operating system may be qualified as a whole rather than in component sections. Calibrating the load cell of the Hardness Tester is fine, but there is no indication as to the way in which the jaw mechanics are operating once it makes contact with the tablet and finally breaks it. With qualification points for the full range from 5 to 500N it covers the hardness range for the bulk of tablets available, the whole instrument's reaction can be gauged over a realistic hardness test range. For validation purposes the use 5 up to 30kg certified weights is recommended. All adjustment and calibration results can be printed and countersigned.

Where can I use the PT-MT3?
The PT-MT3 is useable over the whole range of Pharma Test Hardness Testers, from the simplest to the most complex and from the oldest to the newest. The PT-MT3 can fit into a variety of sole plates, which provide a gantry to secure the PT-MT3 in the correct operational position for the tester being qualified. Unlike other gauge systems for calibrating hardness stations, the PT-MT3 not only qualifies the ability of the hardness station to measure a particular force, but also serves as an indicator as to whether the load cell is able to detect exactly when the tablet has broken and which time was needed. Each hardness tester, whether for tablets or ampoules, can be qualified in this way.

The PT-MT3 comes ready to use with the following standard scope of supply: